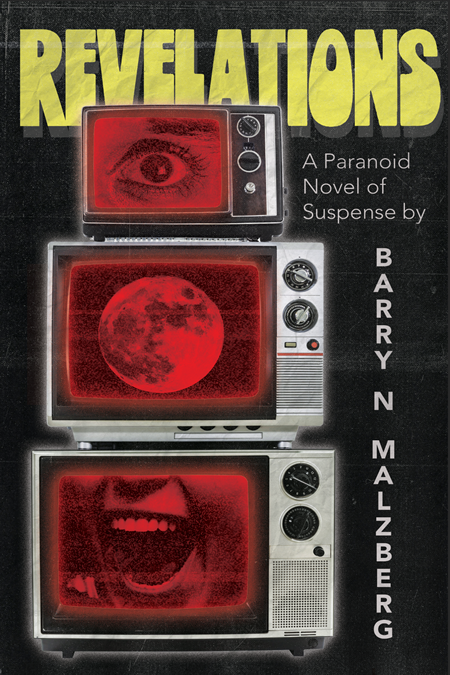 Marvin Martin is angry. Night after night, he strips the guests that appear on his talk show of their pitiful pretensions, their commonplace hypocrisies, but how long has it been since he uncovered a genuine revelation? . . . Hurwitz is scared. He selects Martin’s victims, and he made a bad mistake when he chose Doris Jensen; she turned out to be from a competitive network and ruined a taping. Hurwitz's job is in danger . . . Walter Monaghan is desperate. The twenty-ninth man to have walked on the moon wants to tell the Revelations audience the truth about America's "space program"—that it never got off the ground. If he's just another mad astronaut, why is it so important that he be silenced?

Together with Galaxies, Beyond Apollo, and The Falling Astronauts, Revelations forms a thematically linked quartet of Malzberg's novels, all of which are now available from Anti-Oedipus Press. This special paperback edition includes an introduction by D. Harlan Wilson, "Barry N. Malzberg and the Gravity of Science Fiction," and two afterwords by the author, one from the second printing of Revelations in 1976, the other written in 2019 for this latest reprint.

Science fiction is dead, but Malzberg is alive!