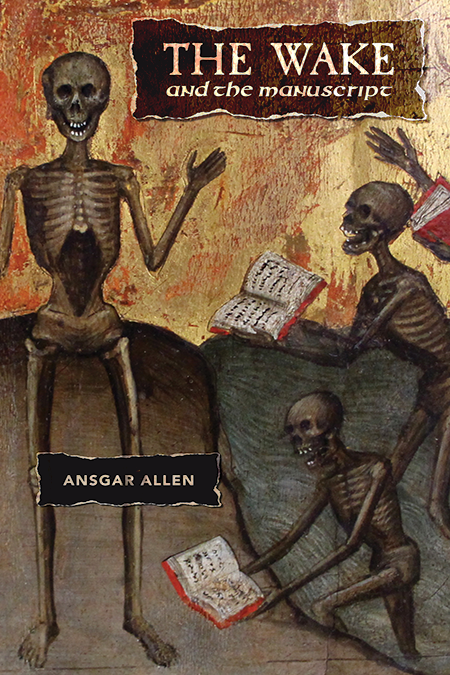 The Wake and the Manuscript

In this brooding and obsessive novel, Ansgar Allen recounts the story of a nameless man who attends a funerary wake with no other distraction than papers that once belonged to the body on display. The deceased considered the papers to be his magnum opus, a text that unraveled everything he had been educated to accept, beginning with the spectre of religion—namely The Church of Christ, Scientist—and ending with the very fabric of educated, civilized thought. Allen’s protagonist thinks he’s above the conclusions drawn in the titular manuscript, but the blurred lines between what he reads and what he sees in himself incite an apocalypse of introspection. The result is a dark, labyrinthine attempt to diminish (and eventually annihilate) the memory of the man who came to rest on the table before him. Literary and existential, The Wake and the Manuscript explores the vagaries of death, identity, desire, and indoctrination as it (un)buries a history of delusion that speaks volumes about the human condition.

ANSGAR ALLEN is the author of the short history Cynicism for MIT Press’s Essential Knowledge series as well as the novels Plague Theatre, Wretch, and The Sick List. He is editor-in-chief of Erratum Press, and he co-founded Risking Education, an imprint of Punctum Books. His writing has been published in a range of journals, books, and media, and it has been translated into Spanish, German, Estonian, Japanese, Mandarin, and Greek. Allen lives in Sheffield, England.