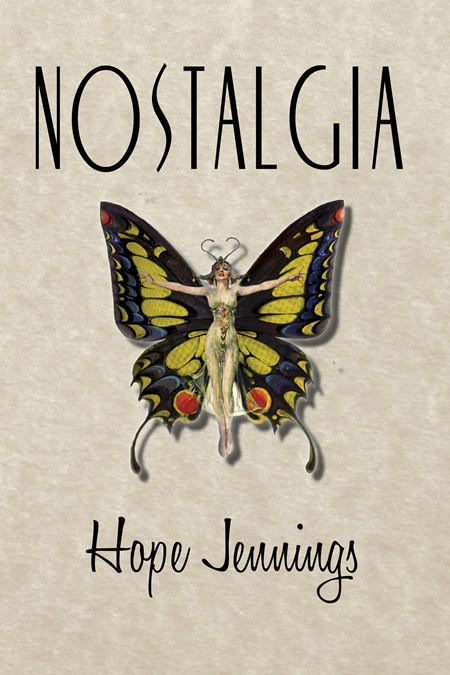 HOPE JENNINGS was born in Brooklyn, New York. She received a B.A. in Interdisciplinary Studies and British Literature from Hunter College-CUNY and a Ph.D. in English from the University of St. Andrews in Scotland. She lives in Dayton, Ohio, and is an Associate Professor of English at Wright State University.

"Hope Jennings' always self-aware writing reminds me of my personal criteria for reading fiction—that it be entertaining, and that it be intellectually stimulating. Nostalgia hits the mark on both points. Jennings has created, in her fictional biography of Mina Loy, a captivating biopic that is as cinematic as it is poetic, as engaging to the imagination as a tumble down the rabbit hole." —CYNTHIA REESER