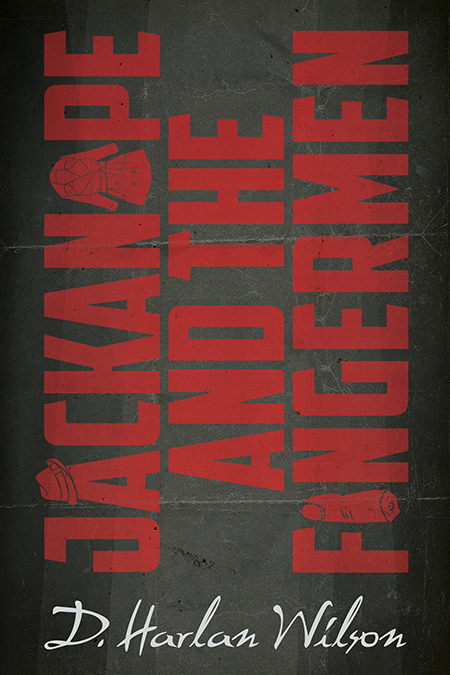 Audiences were immediately outraged by D. Harlan Wilson’s first play, The Dark Hypotenuse, when it opened in Copenhagen in 2012. Not only did it bear the weird, estranging aesthetic that distinguishes his novels and short fiction, the play contained scenes in which viewers were attacked by actors as well as a variety of endangered animals, among them an African elephant that was euthanized onstage. The Dark Hypotenuse appeared in Wilson’s first collection of dramatic entertainments. This second collection includes his latest work in the field. In Jackanape, a murderous dinner jacket wreaks havoc on a community of innocent narcissists who struggle to stay alive while negotiating the rigors of the School of Life. The Fingermen focuses on a support group whose members have each lost an index finger; their stories reveal their insecurities and anxieties as much as the nonsense that typifies contemporary existence. In both cases, Wilson satirizes with a hammer, oscillating between hilarity and solemnity as he invites us to think about the relatinship between self-delusion and (in)sanity.

Read Jackanape in issue 70 of The Cafe Irreal.

"Wilson’s plays are a search for meaning and insight into the ways the means can revolt against the ends. He builds worlds from words in a robust and sometimes frenetic way that is surprisingly humorous and often quite humane." —THE CAFÉ IRREAL

"The audacious duality of the short plays in this collection prods the reader to contemplate (dis)harmony, (in)sanity, and the (in)existential. The intensity and cleverness—albeit levity and the philosophical—in D Harlan Wilson’s wicked art stays unparalleled." —AUREALIS MAGAZINE

"These extraordinary and inimitable tragicomedies make theater of the absurd look kosher." —DONNY ENNUI, star of Ambergris and author of The New Dick: Melville Unbound