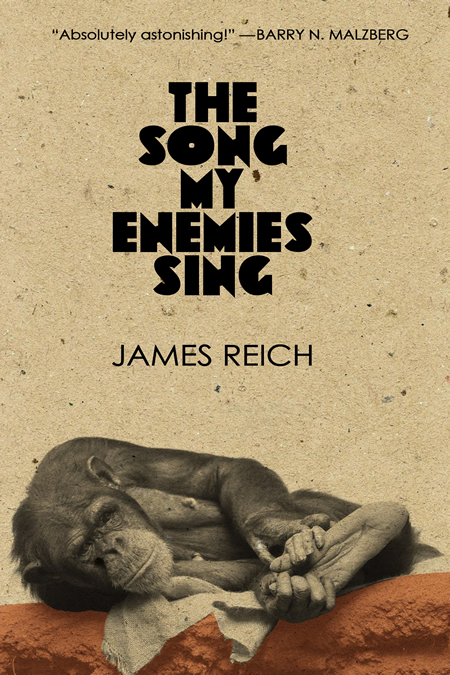 The Song My Enemies Sing

Set against a haunting Martian landscape, The Song My Enemies Sing is a surreal, disquieting science fiction vision of murder, revolution, manipulation and mystery. Ray Spector’s search for meaning leads him to a teenage Black Panther named Eli Jones, the missionary Philipé Olmos, sometime television star Richard Parish, and Ingrid Auer, who dreams of becoming a terrorist. Under the shimmering Grid drawn by the swarm satellites encircling the planet, with fading memories of an apocalyptic California, the Australian outback, and the jungles of Mexico, their obsessions form strange patterns, dangerous relationships, and alliances across time and species. Science fiction legend Barry N. Malzberg, the first recipient of the John W. Campbell Award, describes James Reich’s fifth novel “as a history of science fiction form, origin and development, and merciless in its refusal to pander to the easier implications of its material.” In the lineage of Ray Bradbury’s The Martian Chronicles, William Burroughs’ Nova trilogy, J.G. Ballard and Philip K. Dick, these distant episodes will possess you.

JAMES REICH is the author of several novels, among them Soft Invasions, Soft Invasions, Bombshell, and I, Judas. A regular contributor to The Rumpus and Fiction Advocate, he has published fiction and nonfiction in Salon.com, International Times, The Nervous Breakdown, Sensitive Skin, Sleeping Fish, and others. Reich is the editor-in-chief of Stalking Horse Press as well as a founding member of the band Venus Bogardus with vinyl and CD releases on independent record labels in the US and UK.

"The surrealistic nature woven into the prose is engaging and pushes the mysteries to the forefront of your mind." —THE BIG SMOKE

"The Song My Enemies Sing is a sexy, seductive, vertiginous read. Characters move in and out of time. Many of the chapters stand alone as stories in themselves. Events, historical figures, myths and literature shift and weave across and through the novel in a disorienting hallucinatory manner. They demand to be reassembled through reading in ways that work the reader hard. Despite this, and perhaps because of it, the dominant effect is that of deep affect. It is very exciting and moving to read the result of Reich’s extraordinary imaginative work." —PIPPA TANDY